With Black Friday only days away, retailers are rolling out Black Friday deals left and right, giving you time to check off a lot of the items on your holiday shopping list before the Thanksgiving festivities even begin. If you've got kids on your shopping list, you may already be on the lookout for Lego Black Friday deals, and the Star Wars varieties are the perfect gift for Star Wars fans of all ages. For those who've already finished playing the Lego Star Wars: The Skywalker Saga game, these Lego sets may be the next best thing, and as part of Walmart Black Friday deals, you can bring them home at an excellent price.

Lego's Star Wars Luke Skywalker's X-Wing Fighter set is as close as it gets to bringing home the real deal in Lego form.

Once assembled, you'll delight in the authentic details straight out of the films, including an opening Lego minifigure cockpit that leaves space for R2-D2 and wings that are able to switch to attack position in an instant. It features a retractable landing gear as well as two spring-loaded shooters, and comes with Luke Skywalker, Princess Leia, and General Dodonna Lego minifigures, as well as Luke's lightsaber and an R2-D2 Lego droid figure. This Lego Star Wars set is perfect to build solo but also makes for fun with friends.

It's 474 pieces and perfect for anyone over the age of 9. The Lego Star Wars Luke Skywalker's X-Wing Fighter Set is one of the most affordable Lego Black Friday deals that you won't want to miss. 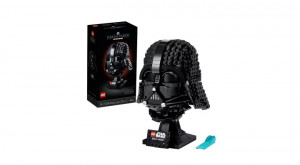 This 834-piece set is Lego's complex, detailed re-creation of the classic Star Wars costume piece, and comes in a compact size with a display stand complete with nameplate. Once assembled, this Lego set makes an excellent piece of home decor, and also is the perfect gift for the Star Wars fan in your life. This set is part of a series of Star Wars helmet models that are intended to be displayed once built.

This particular set presents a challenging build, and would best be enjoyed by an experienced builder or hobbyist. 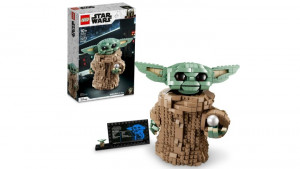 While we wait patiently for The Mandalorian season 3, we can get our cuteness fix from Lego Star Wars: The Mandalorian The Child Set. This model was designed to be built and displayed, and features authentic details of the popular character from Disney's original series. The Child, more commonly referred to as Baby Yoda, has quickly become a fan-favorite, and children over the age of 10 can enjoy building the character out of the set's 1,073 pieces.

This set includes a posable head, ears and mouth for creating different expressions, and The Child's favorite toy from the series. It comes with an information sign and a minifigure of The Child to complete the display. This set is one of the Lego Black Friday deals that gives a holiday gift twice: first with hours of fun building The Child, and then a lifetime to displaying it for all to see. 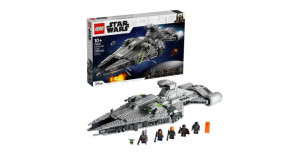 One of the most exciting sets to be included in this week's Black Friday sales is the Lego Star Wars: The Mandalorian Imperial Light Cruiser.

This 1,336-piece set allows children and adults alike to re-create the iconic ship from The Mandalorian season 2. Some of its defining features include a bridge that also serves as a hand for flying, two turrets that rotate and have spring-loaded shooters, and two mini TIE Fighters complete with launcher. This set also comes with five Lego minifigures, which include The Mandalorian, Cara Dune, Fennec Shand, Moff Gideon, a Dark Trooper, and The Child.

Weapons that come with the minifigures include The Mandalorian's Amban phase-pulse blaster, spear, and Moff Gideon's Darksaber.

This set is perfect for hours of solo play or a day of building with friends and family.