Black Friday is almost here, and with it comes a wave of epic laptop deals. Whether you're looking to score a blisteringly fast gaming rig or a lightweight 2-in-1, the list below has something for every type of buyer. Right now, we're seeing steep discounts on everyday machines and Chromebooks.

To help you make better informed decisions, we've also included a helpful shopping advice section. For more options, check out our roundup of the best laptops.

Dell If you're on the hunt for a swanky new laptop for work or personal use, you're in luck. The Dell XPS 13 is chic, fast, and £350 off.

It weighs about two and a half pounds, which is ideal for tor traveling. It also promises decent performance. Let's get right into it.

According to the manufacturer, it has a brightness level of up to 500 nits. That means you can expect a vibrant picture. Availability is limited (64% claimed as of this writing, in fact), so you better act now.

See the Dell XPS 13 at Dell

HP The HP 15 is a solid laptop for day-to-day tasks or basic productivity.

According to HP, this machine can last over eight hours on a single charge. Depending on brightness level and how you're using the laptop, you may be able to squeeze another hour or two out of it. This is a fabulous deal, especially if you need a simple everyday laptop.

The Lenovo Legion 5 is an excellent laptop for the gamer on a budget, and you almost never see gaming laptops going this cheap. It has an AMD Ryzen 5 4600H CPU, an Nvidia GeForce GTX 1650 Ti GPU, 8GB of DDR4 RAM, and 512GB of SSD storage. The display has a resolution of 1920x1080 and a maximum refresh rate of 120Hz.

Given the entry-level GPU, you may want to scale the graphics back to medium or high on newer titles. That said, this laptop shouldn't have any trouble running older games. For ports, it has one HDMI, one USB Type-C, one DisplayPort, and one headphone/microphone combo.

This laptop will likely sell out fast, as it's a killer deal.

See the Lenovo Legion 5 at eBay

The Samsung Chromebook Plus is a good option for someone who needs a lightweight convertible. It has an Intel Celeron processor, 4GB of memory, and 32GB of eMMC storage. It's a little light on storage and memory, but this shouldn't be a problem if you store most of your stuff in the cloud.

The 11-inch touchscreen display has a resolution of 1900x1200, and the Chromebook has two USB-C ports. It's powerful enough for everyday browser tasks like checking e-mail, writing papers, listening to music, and so on. The 2-in-1 also weighs a little under three pounds, making it a capable travel companion.

Plus, it comes with a stylus for doodling or note taking.

See the Samsung Chromebook Plus at Amazon

It's packed with modern features like Wi-Fi 6, a backlit keyboard, and a fingerprint reader for biometric logins. Acer starts this laptop off with Windows 11 in S mode, but there's no reason not to do a one-way upgrade to full Windows 11. This is being sold by a third-party retailer, but Amazon is handling shipping, which means it falls under the company's return policy.

Acer The Acer Swift X is a fantastic laptop for content creation.

It's also pretty light and portable for a laptop with a dedicated graphics card. The Swift X tips the scales at just a little over three pounds. All in all, this is a phenomenal value laptop.

You best nab it now before it's gone forever.

The Acer Nitro 5 is a phenomenal pick for budget-conscious gamers. It comes equipped with an AMD Ryzen 5 5600H CPU, an Nvidia GeForce RTX 3060 GPU, 8GB of DDR4 RAM, and 512GB of NVMe SSD storage. Laptops with an RTX 3060 inside aren't available this cheap very often.

You should be able to play most games on high graphics, though you may need to dial things back in ray-traced games. The 15.6-inch 1080p IPS display also has a refresh rate of 144Hz, so you can expect smooth and responsive visuals. This is a fantastic deal, especially if you're looking to save some moolah.

See the Acer Nitro 5 at Walmart 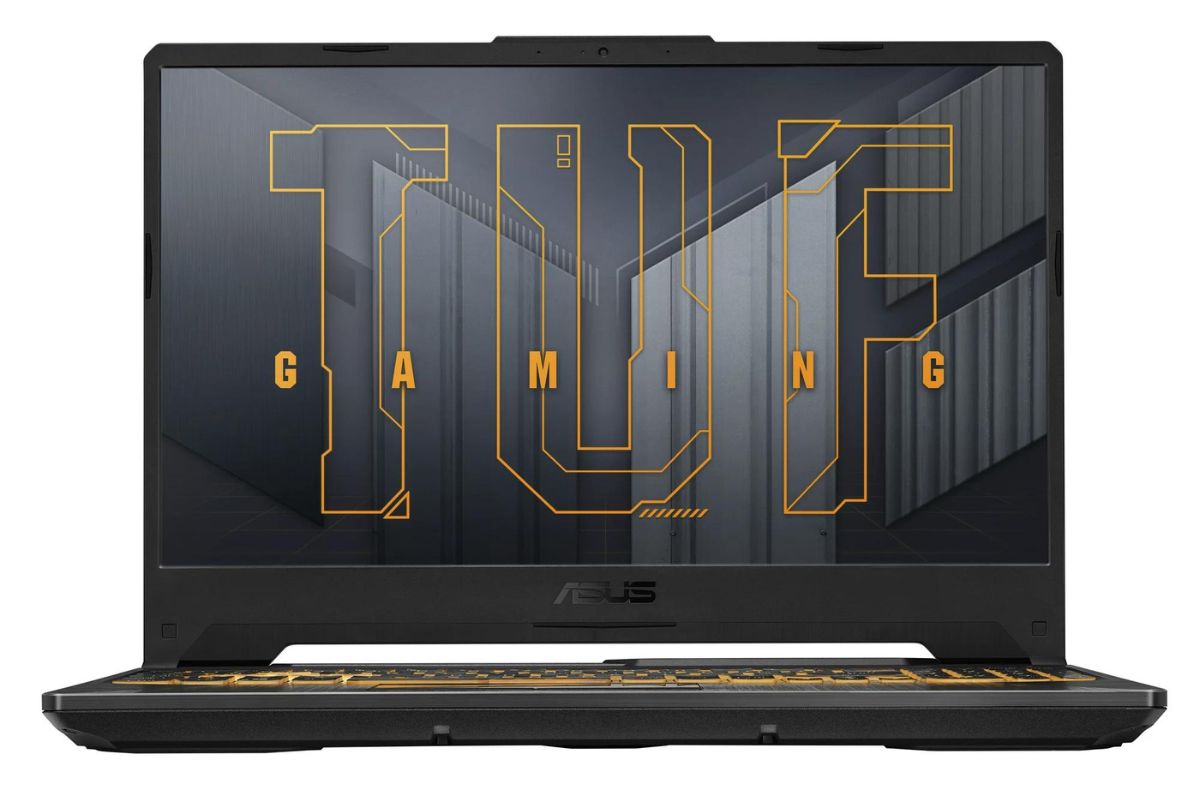 The Asus TUF Gaming laptop is powerful, durable, and £150 off. It comes armed with an AMD Ryzen 7 4800H CPU, an Nvidia GeForce RTX 3050 Ti GPU, 16GB of RAM, and 512GB of SSD storage. It'll chew through most games on high graphics, but you'll want to dial it down on newer titles.

The 15.6-inch IPS display has a1920x1080 resolution and a 144Hz refresh rate, which is fine for gaming or streaming video. The keyboard has RGB backlighting and the dual fans are self cleaning. This is a great deal, especially if you're looking to save some money.

Gigabyte The Gigabyte Aorus is a powerhouse, that's for sure.

This gaming laptop comes equipped with an Intel Core i7-11800H CPU, an Nvidia GeForce RTX 3070 GPU, 16GB of RAM, and 1TB of SSD storage. The 15.6-inch display has a 1920x1080 resolution and a 240Hz refresh rate. Not only can you expect strong performance, but also smooth visuals thanks to the high refresh rate.

Only a limited number of units are available though. We don't expect this deal to last much longer, so you better get on it sooner rather than later.

See the Gigabyte Aorus at eBay

Lenovo The Lenovo 5 Pro delivers some serious graphics power at a competitive price. This gaming machine has an AMD Ryzen 7 6800H CPU, an Nvidia GeForce RTX 3070 Ti GPU, 16GB of RAM, and 1TB of SSD storage.

The processor has eight cores and a maximum turbo speed of 4.70 GHz. In other words, it should be powerful enough to run most AAA titles on high or ultra graphics. The 16-inch display has a resolution of 2560x1600 and a refresh rate of 165Hz.

You can expect buttery smooth visuals as well as a vibrant picture. For connectivity options, you're getting one HDMI, three USB 3.2 Gen 1, three USB 3.2 Gen 2, and one 2.3m headphone/microphone combo jack. This is a hot ticket item, so we don't expect it to last very long.

See the Lenovo 5 Pro at eBay 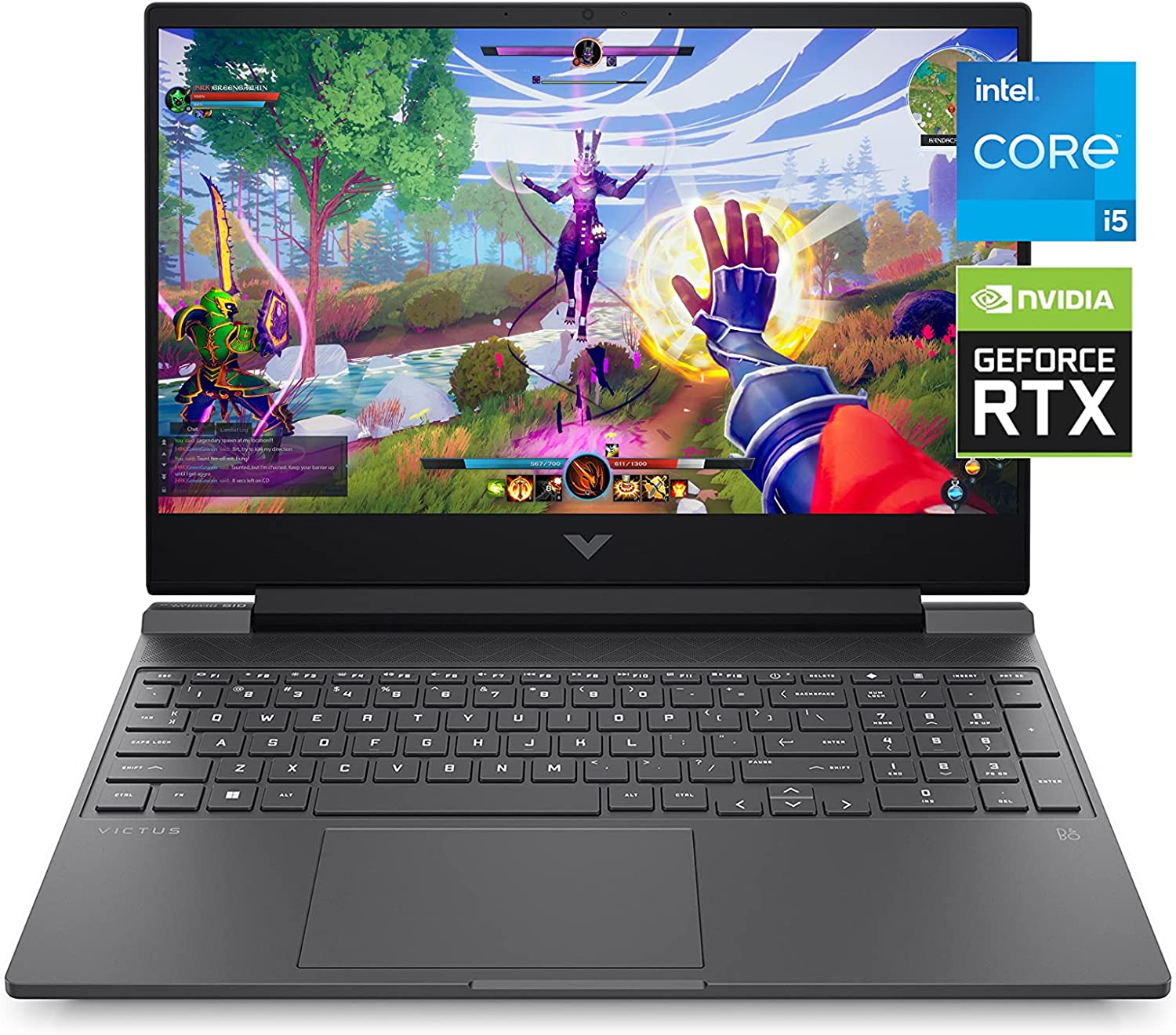 HP If you're in the market for a reasonably priced gaming laptop, then you've come to the right place.

The HP Victus 15 is affordable and has decent specs. It features an Intel Core i5 12500H CPU, an Nvidia GeForce RTX 3050 GPU, 8GB of RAM, and 512GB of SSD storage. It should run most older games on high or very high, but you'll want to scale back the graphics on AAA titles.

See the HP Victus 15 at Amazon

That means you should be able to run most competitive games on high or ultra graphics. The 2560x1600 display measures 16-inches and has a refresh rate of 165Hz. In other words, you can expect a sharp and vibrant picture.

For connectivity options, it has one HDMI, three USB 3.2 Gen 1, three USB 3.2 Gen 2, and a headphone/microphone combo. This is a super hot deal and it's selling out fast (20 sold in the last 24 hours as of this writing), so you better grab it now before it's too late.

Asus Rarely do we see 2-in-1 gaming machines, but that's exactly what the Asus ROG Flow X13 is. This unique machine has a 360-degree hinge, which means you can rotate the screen all the way around.

The device weighs a little under three pounds, which makes it a capable traveling companion. Despite the smaller size, it still manages to pack a punch. It has an AMD Ryzen 9 5900HS CPU, an Nvidia GeForce GTX 1650 GPU, 16GB of RAM, and 1TB of PCIe SSD storage.

That's plenty peppy for playing most games on low to medium graphics, but Asus also sells an external RTX 3080 GPU that can connect to the laptop if you need even more firepower when your stationary. The display measures 13.4-inches and has a resolution of 1920x1080. It's not the biggest or most vibrant screen, but it's perfectly fine for most games.

This is a fantastic deal, especially if you're looking for a gaming laptop you can travel with.

If you're on the prowl for serious graphics power, the Lenovo Legion 5i Gaming is definitely worth considering. It has an Intel Core i7-12700H CPU, an Nvidia GeForce RTX 3070 Ti GPU, 16GB of RAM, and 1TB of NVMe PCIe SSD storage. That's powerful enough to run most games on high or ultra graphics.

The 15.6-inch display is roomy and has a resolution of 1920x1080 as well as a refresh rate of 165Hz. It's also G-Sync compatible, which helps with any screen tearing or stuttering issues. This is an awesome deal.

Availability is limited, though, so you'll need to act fast.

See the Lenogo Legion 5i Gaming at B&H

If you've shopped online before for laptop deals you're probably aware that there's a vast range of laptop configurations available. A good place to start is with the processor. Buy laptops with Intel 10-series Core chips or higher, such as the Core i5-10510U, or the Core i7-11800H (for even more details see our Intel 10th-gen mobile CPU buying guide); or go with an AMD Ryzen processor (but not an AMD Athlon or A-series chip).

Avoid laptops with Pentium or Celeron processors unless it's a Chromebook (running Chrome OS). You're going to need to pay attention with gaming laptops, too, as some GPUs, like the RTX 3050 Ti, don't offer much boost over their RTX 2xxx-series cousins, and Nvidia has dropped the Max-Q designation on certain low-power options. Our laptop CPU and GPU cheat sheet can help you shop smart.

Display resolution is a gotcha. If you see a laptop labeled as "HD" resolution that means 1366-by-768 and often isn't worth your time for a laptop under 13 inches unless the deal is absolutely standout. What you want is "Full HD" or "FHD," which means 1080p.

Don't buy laptops with under 4GB of RAM or 128GB of SSD storage--though on a Chromebook, this configuration is acceptable. We have more explanation in our laptops versus Chromebooks buying guide, as well as in our primer on how to buy a budget laptop without getting screwed. Also watch out for eMMC storage, which is something we don't recommend for a Windows laptop but works fine for a Chromebook.

Reviews can be helpful. Even if you can't find a review of a specific configuration, try related models. They'll often give you a good idea of the build quality and performance.

Also buy from brands you trust. Amazon's daily laptop deals right now are full of brands we've never tested or talked to (Broage, Teclast, DaySky, Jumper) and it's just a good idea to be wary. Most older laptops will run Windows 10, and that's fine--there's no rush to upgrade.

Windows 10 in S Mode, though annoying, can be switched out of easily if you find it on a budget laptop.

If you want to buy a Windows 10 PC with the intent of upgrading it to Windows 11, we recommend you start here with a list of older laptops that are Windows 11-eligible.

Updated on November 23 with new pricing and to remove expired deals.