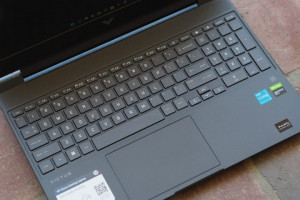 Up to just five years ago, budget gaming laptops were absolutely abysmal, but luckily we now have devices like the HP Victus 15, which manages to balance cost with performance quite well.

Peeking under the hood, you'll find a GTX 1650, an entry-level GPU that can still easily handle the 15.6-inch FDH monitor and even get it to hit 144Hz refresh rate, assuming you play older games or with lower graphical settings. Paired with that are a 12th-gen Intel i5-12450H, an excellent mid-range GPU, and 8GB of RAM, which we'd upgrade with an extra stick for better performance. The whole thing has a nice build overall, with very little flex in the keyboard for a budget gaming laptop.

On the other hand, battery life is poor, but that's not a dealbreaker at this price range for a gaming laptop. 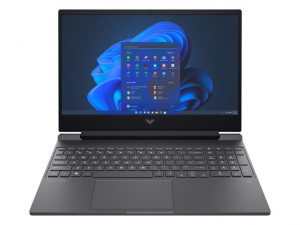 If you like what the HP Victus offers but want something more powerful, check out this version with an RTX 3050 Ti instead. Running the more powerful GPU with the same screen means you're more likely to hit 144Hz at higher graphical settings, which is worth the extra cost. Besides that, you get an upgraded 12th-gen Intel i7-12650H CPU and 16GB of RAM, although the RAM is only single-channel, so you don't get that extra dual-channel performance.

Otherwise, this version is the same, but for the additional £320 that gives you upgraded GPU, CPU, and RAM, this is probably one of the best cheap gaming laptop deals you'll find, and well worth the extra cost. 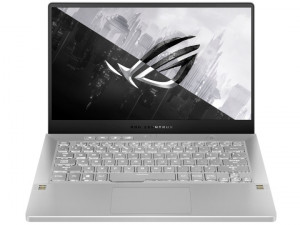 While the Asus ROG Zephyrus G14 has a slightly smaller screen you don't often see for gaming, it's packed with many powerful specs. For example, you get the Impressive RTX 3060 that can easily run circles around most games it can run on its FHD and 144Hz screen. It also has the powerful AMD Ryzen 7 5000 CPU that won't leave you wanting for more processing power at any point.

The touchpad is nice to use, and while the keyboard is cramped, it's OK in a pinch and for gaming. The overall build is also quite pretty looking, including the fact that it's tiny. It also comes with 16GB of RAM in a single-channel configuration, which is a shame since we always prefer dual-channel.

Given all that, it's probably one of the better Black Friday laptop deals you'll find, at least if you want to game on a 14-inch laptop. 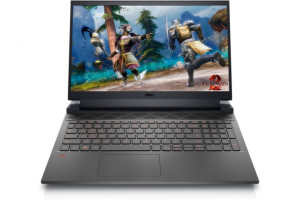 If you're looking for the best Dell Black Friday deals, you can't go wrong with the Dell G15, which is a bit of an industry standard for gaming laptops. While it only runs an RTX 3050 Ti compared to the Asus Zephyrus G14, it has a larger 15.6-inch screen for you to game on, and the fact that it's FHD and only hits a maximum of 120Hz means that it doesn't tax the card, so it gives similar performance. As for the CPU, we sadly don't see the AMD version that made it on our list of best gaming laptops, but the 12th-gen Intel i5-12500H is still a powerful mid-range CPU that will give you a lot of processing power to work with.

Keep in mind that battery life is not great, even for a gaming laptop, so you will be carrying the charger around with you, and you'll be plugged in when gaming. 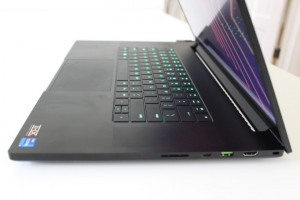 Razer is a well-known name in the industry, just like Alienware, so when we say the Razer Blade 14 is pretty good, we're understating, especially in these Black Friday gaming laptop deals. With an RTX 3070 Ti, the Blade 14 is eye-wateringly powerful for such a tiny machine, but it will need it since it comes with a QHD 165Hz display, and with that GPU, it might even be able to hit high-graphical settings in modern games. Besides that, you get an AMD Ryzen 9 6900HX, a high-end CPU, so you're getting some of the best performance for the price range.

You also get 16GB of RAM, but it's DDR5, something we don't often see, especially at 16GB. Besides these powerful specs, it has a surprisingly good battery life when not gaming, although you should be aware that it can get pretty hot; not so much that it scalds you, but noticeable enough, especially when gaming on full power. Either way, it's probably one of the best gaming laptops in the market, so even its downsides are bearable. 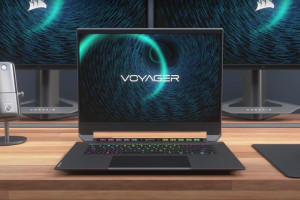 The Corsair Voyager is one of the more exciting Black Friday gaming laptop deals since it's Corsair's first-ever gaming laptop for a company that's usually known for making gaming keyboards and other peripherals.

But it's pretty powerful with an AMD Radeon RX 6800M, which, if you aren't familiar with AMD, is roughly the same as an RTX 3070. As such, it's more than enough to run the impressive 16-inch QHD and 240Hz refresh rate monitor, although it might struggle with the highest graphical settings. It also comes with an AMD Ryzen R9 6900HS CPU, which, again, is one of the most powerful on the market, so you aren't going to be feeling the pinch in processing power, and with the 32GB of DDR5 RAM, you're going to have a smooth and silky experience using it.

As if all that weren't enough, it also comes with a 2TB SSD, giving you a world of space for games and whatever you need. 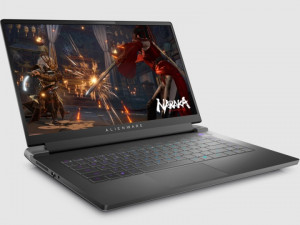 So far, we haven't seen any Black Friday gaming laptop deals that run an RTX 3080, but that changes with the Alienware M15 R7. Not only does it run an RTX 3080 but it also has a 15.6-inch QHD screen that can hit 240Hz refresh rate, and might be able to hit it, given the GPU. It's also surprisingly slim for having such a powerful graphics card, and the fact that Alienware can shove in a 12th-gen Intel i9-12900 makes it even more impressive.

The battery is pretty good, although gaming will always require plugging in if you want to run it in performance mode, so keep that in mind.

Also, like the Corsair Vengeance, you get 32GB of DDR5 RAM in a dual-channel configuration, which means better performance for the GPU and CPU.

It also has a 1TB SSD and Wi-Fi 6, so you have a ton of space and excellent connection quality when gaming online.