All five of the LEGO VIP collectible coins, and the display case, are still available days after launching for a second time on the official online store.

Despite quickly selling out when they were first released across 2021, the full set of LEGO VIP collectible coins is still available for redemption around the world days after the second round of rewards was launched again. Anyone who missed out on the five coins, and the display case, when they debuted throughout last year can find the complete selection ready to redeem now on the VIP Rewards Centre for 1,150 points each, and another 700 for the holder, where they have been available for almost two days. 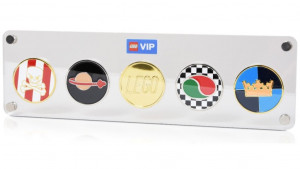 The return of the coins seems to have not been nearly as popular as they were the first time around, though it could also be that the LEGO Group produced plenty of stock, following the demand for the rewards last year. For those unfamiliar, the five coins each represent a moment from the LEGO Group's history including Pirates, Classic Space, a recreation of the coin brick, Town and Castle.

These can then be displayed in separate cases or one larger holder that can be redeemed. To get them though, you'll need to make a separate order on the official online store for each of them, including the case. That method of obtaining the coins for a second time might have dissuaded some away from redeeming the rewards, though this hasn't been officially confirmed.

Anyone hoping to complete the collection, either from scratch or after the first attempt in 2021, might want to order them soon though, as there's no telling exactly how long they will be available.

Support the work that Brick Fanatics does by purchasing your LEGO using our affiliate links. 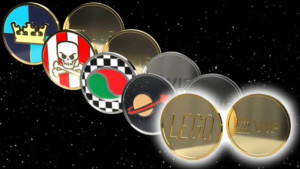