If you've conquered plenty of Lego builds in your time and are now looking for a different challenge, or you'd like to introduce a budding mechanic to the basics of machinery, the Technic series may be the perfect challenge.

With a focus on detailed and functional designs, the Technic range gives you everything you need to build vehicles with working gearboxes, wheels and axles. Whether you'd like to take your Lego off-road with a monster truck, hit the skies with a plane build, or take a closer look at some famous supercars, we've put together our picks of the best Lego Technic sets suitable for a range of ages and confidence levels. You can also read our selection of the best Lego sets for adults.

A fun puzzle for off-road fans, once you complete this Technic set you'll be rewarded with a 4x4 Jeep that can be used as a functioning toy or a unique display item.

There are plenty of mechanical features to appreciate which include the front steering and suspension. You can also open the interactive doors for a closer look at the interior, and put piece the finer details like the foldable back seats, a seven-slot grille and a spare tyre. This set is made up of 665 pieces which should keep those aged nine and up busy while helping them learn more what makes a Jeep tick. 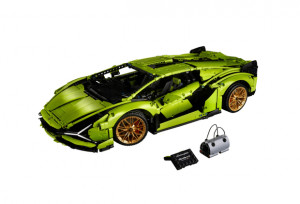 This supercar design is aimed at a more mature audience, with a recommended age of 18 and over, which could be due to the intricacy of the build.

It's a serious step up in challenge with 3,696 pieces, but this means there are plenty of tiny details to appreciate. These include the V12 engine, spoiler attachments and a working 8-speed gearbox. 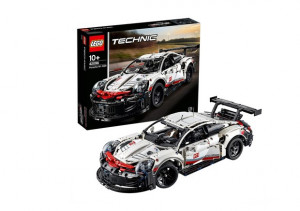 If you're in the market for a race car but you're looking for a slightly less intense build, the Technic Porsche 911 RSR has fewer pieces with 1,580 parts of the puzzle to fit together. Once you're done you'll have an aerodynamic model in your hands that replicates the realistic movements of the real thing.

You can add stickers once the build is complete and enjoy all the smaller elements that include access to a radar screen and a fire extinguisher. There's even a map of the Laguna Seca racing track so you can imagine your new pride and joy taking on the twists and turns. 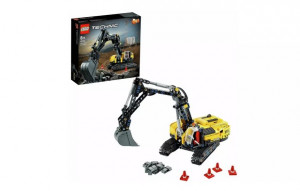 Although this Technic set has just 569 pieces it's a versatile kit, with two potential builds allowing construction fans to assemble a heavy duty excavator or a tractor.  Suitable for those aged eight and over, the interactive model will give an insight into how these types of vehicles work, with a moving mechanism that (if built correctly) will let you use the shovel and arm to scoop up pieces of debris. 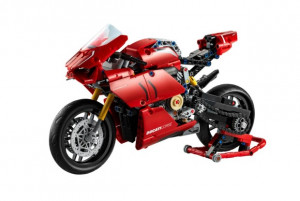 If you're more interested in a bike build, there's good news: this is Lego's first model motorcycle in the Technic range.

Composed of 646 pieces, you can recreate the Ducati Panigale V4 R with all the elements you would expect from a detailed build, including front and rear suspension, steering, as well as a kickstand and windshield. 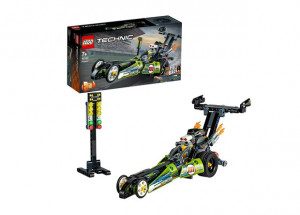 Made for the younger Technic builder with an age range of seven and up, this Dragster racing car toy has just 225 pieces. That doesn't mean it skips the finer details however; this 2-in-1 build can be assembled to create a Dragster racing car with flames shooting from the exhaust, or a hot rod car with flames bursting from the hood. Thanks to the pull-back motor which is part of the design, users can give the build some momentum and watch it race past the set of traffic lights that also come included.

Rescue Hovercraft and Plane 2 in 1 Set 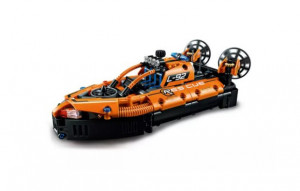 Take to the waters and the skies with this double Technic set that can be made into a rescue hovercraft or a plane when reassembled with the same pieces.

Suitable for eight year olds and up, the hovercraft should stay true to its name and float on the water once built, with realistic features like rotating fans and flashing cockpit lights that should make it feel like you're at the centre of a major mission.  The alternative plane build also pays attention to detail with rudders and ailerons (those small flaps on the edge of the wings) that move for an authentic feel. 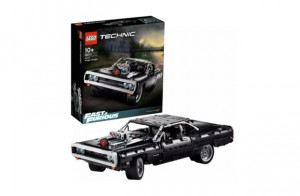 Fans of the Fast & Furious franchise can recreate their favourite drag race with Dom's Dodge Charger. Get to know how the famous vehicle works as you put together over 1,000 individual pieces for an intricate and cinematic challenge.

By the end you should have developed a good understanding of the V8 engine placement and nitro bottles, and be left with a toy to play with or a unique desk decoration. 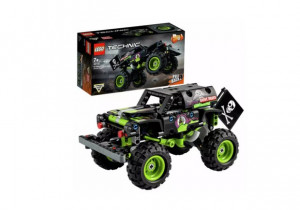 Forget the conventional track, take your vehicles off-road with this 2-in-1 Technic set that will help you build a monster truck or a buggy, with a pull-back motor that should send them racing into the dust. The build includes monster-sized tyres and a bendy flag, with stickers to help add the finishing touches when the kit is complete. With just 212 pieces this should be a great beginner kit for those looking to make the transition from Lego bricks to a more complex design, aimed at those aged seven years and over. 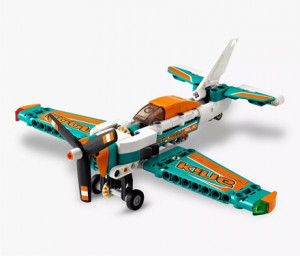 This simple set-up has just 154 pieces so fans of flying should be able to quickly piece this together and build their very own stunt plane.

The build features a spinning propeller as well as landing gear so you can park it on a desk or shelf when it's complete.

There's also the option to disassemble the kit and create a jet airplane instead, thanks to the versatility of the pieces.

Whether you're relaxing at home, exploring a mountainside, or staring into space, he likely has a recommendation for you.